The Drug Enforcement Unit of the Brick Police Department has been extremely active lately in terms of heroin arrests. Most recently, a twenty-five (25) year old women was arrested and charged with heroin distribution after police discovered 549 bags of heroin in her automobile. Crack as well as prescription drugs were also discovered during the course of the search. The seizure resulted in a host of charges, including two counts of possession with intent to distribute CDS. 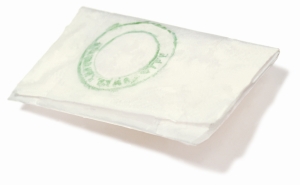 When individuals read articles like this they might jump to assumptions one way or another in terms of the severity of the charges. So lets take a closer look at what we are really talking about. When police identify “bags” of heroin, this typically means folds of the drug. These are generally small folds that contain a “spoon” of heroin. The standard weight for a spoon or fold is .05 grams of heroin. What this means is that this young lady may have dodged a significant bullet as 549 bags probably translates in no more than 27.45 grams of heroin. The maximum weight for a third degree distribution charge is one-half ounce or 28.34 grams. So what this individual is probably facing is possession with intent to distribute heroin in the third degree.

Had their been another 20 folds, that is, one more gram (e.g. .05 grams multiplied by 20 folds), then the offense would have escalated to a second degree intent to distribute heroin. The result would have been a presumption of incarceration in state prison if convicted. The range of imprisonment would be between five (5) and ten (10) years. When the offense is manufacturing, selling or distributing heroin in the third degree, an individual enjoys a presumption of non-incarceration/probation if they have no prior record and the term of imprisonment is much less in any case at zero t0 five (5) years.

If you or a loved one has been charged with any form of possession of heroin and is interested in discussing their case, free of charge, call our firm anytime 24/7.

Practice Areas
What Clients Say About Our Ocean County Criminal Defense Attorneys
Exemplary attorneys. I hired them for a DUI and an expungement. I was happy with the results for both cases. Special thank you to Samera for always answering all of my calls and questions JC
★★★★★
I'm 45 years old and this was my first time ever getting in trouble with the law. I was in need of a lawyer and after careful research, I called John F. Marshall Attorneys and was introduced to Abe Basch. Abe was professional, supportive and very thorough. I had three charges against me, one civil and two criminal. I was so scared and expressed that to Abe. The first day I had to go to court, I was an absolute nervous wreck but Abe prepped me and kept my anxiety levels down by going over the process of the courts thoroughly with me. He fought to get my charges dismissed and won all three cases (two court appearances). Abe is positive, confident and he ensured I felt the same way. I'd like to say thank you to Abe for working so diligently on my cases to get them dismissed. I feel like a weight has been lifted off my chest! I highly recommend Abe for any charges you may be faced with. Rose C.
★★★★★
I was out of state on a family emergency and I had to retain council asap as a boy friend was sitting in county jail with the new no bail point system and Mr marshal and staff made me feel Soo much better knowing that my detained loved one was in such great hands! He spoke to me as I was outta state kept in touch allowed me to work out payment due to the situation and just all out the difference in my bfs voice alone with all the medical problems and such he was going threw sounded better than he had since the first day he was there and was Soo happy that Mr marshal went that day retained to see him in the jail and have him ready for court which wasn't supposed to be till Friday but again Mr marshall and team got it so we can get him now on wendsday and all I have to say is if your looking for a real down to earth lawyer that will work with you and help in anyway possible and I can't for get the team at the office TONI and everyone else thank you again I'd give 100 stars if I could! Nicole J.
★★★★★
View More
Submit a Law Firm Client Review