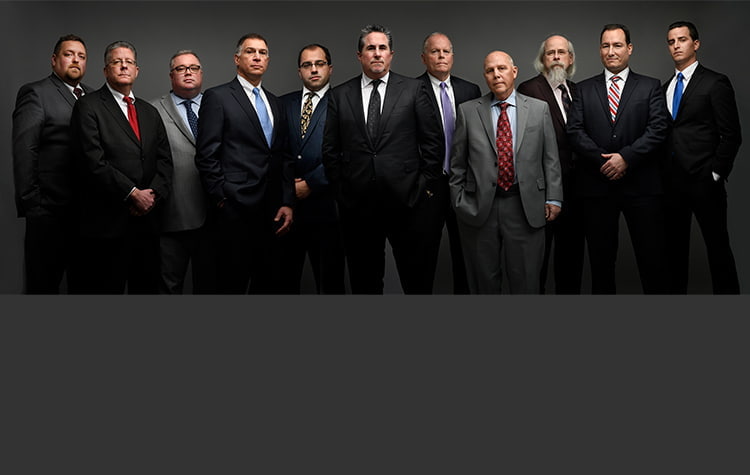 At the Law Offices of Jonathan F. Marshall, our skillful criminal defense attorneys represent people who are facing a wide range of charges, from drug crimes and sex crimes to domestic violence and white collar crimes. We are former prosecutors who together have worked in more than half of the prosecutors’ offices across the county. We offer over 200 years of combined legal experience, including significant time in county prosecutor positions such as Director of Major Crimes, the Drug Task Force, Juvenile Division and the Drug Task Force. Attorneys on our staff have also served as prosecutors in municipalities such as Toms River, Brick, Jackson, Manchester, Lacey Stafford, Barnegat, Point Pleasant and many others. We use the know-how derived in these positions to develop a strong defense strategy for each client. As long-time members of the Ocean County legal community, our criminal defense attorneys are proud to stand by clients throughout the criminal justice process, and we are committed to getting charges dropped or reduced whenever possible.

All crimes must be proven beyond a reasonable doubt. Although this is a tough standard, it is important to secure an experienced criminal defense attorney when going up against the State. The government has immense resources, and typically prosecutors only bring charges if they believe that they have a reasonable chance of prevailing on them, based on what they know. If you have been charged with a crime in Ocean County, our skillful criminal defense attorneys will look at the unique facts of your situation and determine what your strongest defense strategy would be. Sometimes it is possible to reach a plea deal for lesser charges or a lesser sentence, while in other cases, it is possible to obtain a dismissal. There are other situations in which going to trial may make sense.

Driving while intoxicated is handled in municipal court, but it is one of the most serious offenses handled there. DWI refers to driving with a blood alcohol concentration of at least .08% or while impaired by drugs. If you are convicted, the penalties can include hefty fines and a suspended driver’s license, and the penalties are worse for subsequent offenses. For a first offense conviction in which your BAC was .08-.10, your driver’s license may be suspended for three months. However, if your BAC was .10 or higher, your license will be revoked for 7-12 months. A third DWI conviction requires a judge to order 180 days in jail, and your license will be revoked for 10 years.

Drug crimes are commonly charged in Ocean County. They may involve cocaine, heroin, marijuana, or other controlled substances, or even prescription medications. The possession of drugs is taken seriously. Under N.J.S.A. 2C:35-10, personal possession of a controlled substance is a third-degree crime. However, the consequences are harsher, and more likely to involve time in state prison, when the sale or distribution of drugs is charged.

Our Ocean County criminal defense attorneys also handle charges of sex crimes. These include sexual assault, aggravated sexual assault, endangering the welfare of a child, prostitution, criminal sexual contact, human trafficking, lewdness and indecent exposure, Megan’s Law violations, and child pornography. For example, a sexual assault occurs when there is penetration, regardless of how slight, in a situation involving the use of coercion or physical force or in a situation in which the victim is mentally or physically incapacitated. Usually, sexual assault is a second-degree crime that carries up to 10 years in prison. However, aggravated sexual assault carries up to 20 years in prison.

There are many different forms of theft that are prohibited under New Jersey law. We can defend against charges of burglary, robbery, shoplifting, theft by deception, car theft, theft by unlawful taking, theft of services, and receiving stolen property. How serious the penalties are for a conviction depends on the grade of the crime. N.J.S.A. 2C:20-2 specifies that it is a second-degree crime to steal property that has a value of at least $75,000, and a conviction can carry a sentence of up to 10 years’ incarceration and up to $150,000 in fines. It is a third-degree crime when the value of what is taken is $500-$75,000, and the maximum sentence is up to five years’ imprisonment and a fine of $15,000. The consequences of a theft conviction are far-reaching and often collateral; a theft conviction can make it hard to get a job or secure a professional license.

Assault offenses include simple assault, aggravated assault, disorderly conduct, terroristic threats, and harassment. A criminal defense lawyer in Ocean County can help you raise a defense, such as self-defense, or challenge the prosecution’s account of what happened. Whether a certain assault offense will be treated as a misdemeanor or a felony depends on the grade of the offense. Generally, however, harassment cases are heard in municipal court. First-degree assault can result in 10-20 years of incarceration and a $200,000 fine.

Weapons charges can arise in many different situations. Many weapons offenses are felonies that can result in time in state prison. Our Ocean County criminal defense lawyers handle weapons charges related to public safety violations, as well as criminal charges like domestic violence or robbery that involve the use of weapons. In New Jersey, it is a crime to possess a firearm without a special permit or to transport a gun while it is loaded. Under § 2C:39-5, it is a third-degree crime for someone to possess a shotgun or rifle without a firearms identification card or to have a high-powered air handgun without a pistol permit. You can be charged with a second-degree crime if you possess an unlicensed handgun, assault firearm, or machine gun.

White collar crimes are usually nonviolent crimes committed for financial gain. They frequently violate both New Jersey state law and federal law. White collar crimes can include writing bad checks, forgery, embezzlement, Ponzi schemes, mail fraud, wire fraud, securities fraud, and other similar crimes. What must be shown depends on the particular charges. These cases tend to be complex, which makes consulting a criminal defense lawyer in Ocean County especially important. For example, you can be charged with a bad check offense under N.J.S.A. 2C:21-5 if you issue or pass a money order or check, knowing that it is not valid and will not be honored by the entity or bank from which it was drawn. There is a presumption of knowledge that a check is bad and will not be honored if an account was closed when the defendant wrote the check, if the defendant did not have an account when the check was written, and if the defendant did not make good and cover the check within 10 days of notice that the check had bounced. The potential consequences depend on the value of the check.

In New Jersey, most moving violation tickets and traffic summons carry points. If you acquire at least four points, you will face surcharges. Your driver’s license may be suspended if you accumulate 12 or more points. It is possible to fight traffic tickets and the accumulation of points with the help of an attorney. We assist clients with averting points arising out of violations such as DWI, speeding, reckless driving, driving on a suspended license, careless driving, leaving the scene of an accident, driving without insurance, and possession of CDS in a motor vehicle.

The attorneys at the Law Offices of Jonathan F. Marshall have a record of obtaining successful results for the accused. Our Avvo rating is 10.0. We have been included among the Top 100 Trial Lawyers by the National Trial Lawyers Association, among many other honors. Our founding partner, Jonathan Marshall, has served as a legal commentator for ABC and other television stations, and he has consulted on television shows about the law. We are available 24 hours a day and seven days a week at (732) 286-6500 or via our online form.