OUR HIGHLY ACCOMPLISHED TEAM IS READY TO FIGHT FOR YOU Over 200 Years of Combined Experience | Former County Prosecutors | Former Municipal Prosecutors in Toms River, Brick,
Lacey, Jackson, Manchester, Stafford, Berkeley & Other Ocean County Towns | Offices Located In Toms River, Jackson & Brick To Serve You Contact Us Now for a Free Consultation
Home
Articles
Man in Toms River Man Arrested Over the Accusations of Kidnapping and Assault of His own Girlfriend 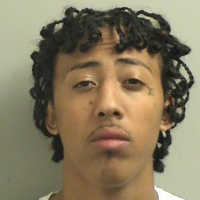 A Toms River man named Rozel Foster of age 21 was arrested by the police officers during the conduction of surveillance when he was seen by the officers entering a home in Breckenridge Place.

The police had been looking for Rozel who was accused of assaulting and kidnapping his own girlfriend. According to the reports, the Toms River man had been repeatedly assaulting his girlfriend from the beginning of October and continued to assault her over a period of an entire week. A warrant of $200,000 was issued for the arrest of Foster.

After a complaint was filed against him on the 7th of October the Police was trying to find him. The 20 year old girlfriend of his reported that Foster had been assaulting her over a period of several days by not only pushing and slapping her but also biting, punching and strangling after he kidnapped her. The girlfriend told the police that she tried to escape “several times” but Foster kept on assaulting her over and over again and also locked her in a bedroom.

The border police department received reports on the 7th of October that Foster was in the Whitesville Road area in between the Route 70 and the Jackson Township police. Although the department tried really hard and searched for Foster with the assistance of the New Jersey Police using their helicopter, they were not able to find Foster.

The police reported that he managed to escape after the scene but was later found in the bedroom closet of his house, where he was attempting to hide. According to the police reports, after Foster was arrested he was taken to the Ocean County jail and the bail was set at $200,000. Foster also had various warrants from different townships including Pemberton Township, Freehold Township and Jackson.